Heard the one about chins being the new breasts? Well, Marilyn Monroe knew a thing or two on the most important aesthetic feature of the lower face, the chin. Following long speculation it’s now confirmed

Marilyn during the latter part of her Hollywood stardom had a chin implant. However, there are less invasive treatments now available for chin augmentation to create more definition and projection for a weak chin.

Treatments include, Muscle Injections FAMI, Juvederm dermal filler, a long-lasting gel once injected into the skin with an ultra-fine needle, which lifts and adds volume. Radiesse a long lasting injectable implant/dermal filler, composed of synthetic Calcium Hydroxyapatite and Teosyal's hydrating action helps to restore the suppleness of the skin.

The chin implant actually makes a big difference to the overall look and geometry of the face. No wonder more people are now looking to take it on the chin.

To know about the surgeon, Dr. Ashish Dutta, click here 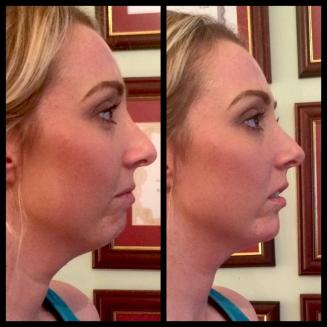 "Just want to say a massive thank you to Dr Dutta - I've pondered for years about having chin surgery as have always been very self conscious about it but financially has just been unobtainable for me until I visited last night and he suggested trying a filler to balance out first before going under the knife and the result speaks volumes!! Thank you so so much and I'll be back soon!"

Book a consultation or request a call back
Stephen was concerned about the shape of his chest with a deep concavity of the sternum (chest bone). We transferred some fat from his abdomen to fill the depression and it looks significantly better. He may need another follow-up procedure to touch up, but he is delighted with his results.
Read more of Stephen's testimonial