We are all familiar with older celebrities who have undergone cosmetic surgery. An extreme example is Jackie Stallone, mother of the actor Sylvester Stallone, whose obviously modified appearance has attracted criticism.

Not only celebrities, but older people generally, are opting for cosmetic surgery as a means of preserving or enhancing their looks. At the Aesthetic Beauty Centre in Sunderland and Newcastle, we are finding that, as clients are living longer, they are keen to look as youthful on the outside as they feel on the inside, and have no qualms about turning to cosmetic procedures to help them achieve this.

In our Newcastle and Sunderland clinics, we have certainly seen a change in society’s perceptions. People’s appearance is about what they can afford. Social progression has gone to such a level that people don’t bat an eyelid about having Botox and dermal fillers. We have a society where we can decide what we want and we want everything today.

This applies equally to older people as it does to those in their 40s and 50s. Statistics from the American Society for Aesthetic Plastic Surgery show that the number of cosmetic surgery patients over 65 grew more than 352 per cent in the late 1990s to early 2000s. The American news channel ABC reported in 2002 that an 80-year-old grandmother was unashamed of having had a facelift and breast implants, and there are signs that the trend has continued to grow. 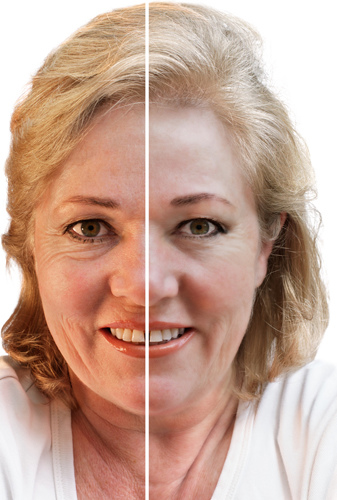 At the Aesthetic Beauty Centre, we believe that modern relationships are partly responsible: you would never expect a grandfather or grandmother to be in an active sexual relationship but research shows that 30 to 50 per cent of 70-year-olds engage in sexual activity. Sometimes a partner has died and they find themselves with a new one, so we get a few clients in their late 60s or early 70s wanting to look better because they are in a new relationship.

A note of caution, however, is that as people age, cosmetic surgery can carry greater risk. At the Aesthetic Beauty Centre, the client’s health is paramount, and we would always ensure that they were medically fit to undergo any type of procedure.

For more information about our range of cosmetic treatments – for older or younger patients – please contact us.

Book a consultation or request a call back
Alison has been my patient for 11 years. I did her Breast Augmentation, Face & Necklift and various other non-surgical procedures. She is expressing her views about our clinic and how she feels about me.
Read more of Alison's testimonial