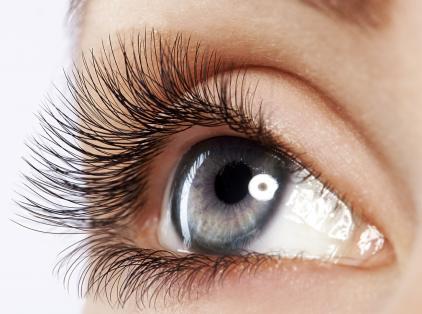 False eyelashes have over several decades become the parody of the beauty world. They can be seen on quality cartoons the world over - fluttering and luring comic heroes to their eternal doom, much to the consternation of those of us who actually long for more lustful lashes.

Now medical science has leaped to the rescue with a technique to actually transplant eyelashes by threading every hair into the skin at the bottom of the eyelids, using special needles. The hair itself is transplanted from the patient’s scalp hair and as such reduces the chance of rejection. Today’s beauty regime amongst image conscious females, can mean several trips per year at a cost of several hundred pounds to the salon - for the topping up and enhance of the natural lashes using glued-on extensions.

After some time, damage from gluing on these extensions can cause a significant reduction in the viability of the natural lashes to recover (and still look good due to the erosion of nutrients and chemical blockage caused by the fixative glue used in the placement of the false lashes). This reaction has led to the natural lash becoming weak, falling out and having little chance to recover and heal due to damage to the follicle base; the area which encourages new and natural growth of the lashes.

It is not unusual to see patients with multiple false lash treatments and without natural lashes suffer an unnatural itching and swelling of the lid margin. A new pioneering procedure has been available in the UK which has helped those patients who suffer from loss of eyelashes from an overuse of false eyelash enhancement or from other natural causes.

Eyelash transplants can take over six months to recover from and look natural with. However, the advantage is that once a healthy base follicle has established itself, the new lash should last as long as the rest of the patient’s natural hair. The transplanted growth can be just as naturally healthy providing the patient doesn’t return to the old “fixative and falsie” routine. The new eyelashes need trimming every 4-6 weeks and can be curled for a natural look. Also, in reality, eyelash transplantation can also be cheaper to maintain in the long term.

Book a consultation or request a call back
“I was very fortunate to have the opportunity to use Lustre Pure Light”
Read more of Helen's testimonial on Acne Scarring, Scarring, Skin Assessment, Skin Rejuvenation