Home » Blog » Are your Mom’s genes responsible for Hair Loss?

Are your Mom’s genes responsible for Hair Loss?

Many people believe that the Mother’s genes are solely responsible for their hair loss, and blame their maternal side for having faulty genes responsible for hair loss. This article covers in detail why you should stop blaming your mom for your hair loss. 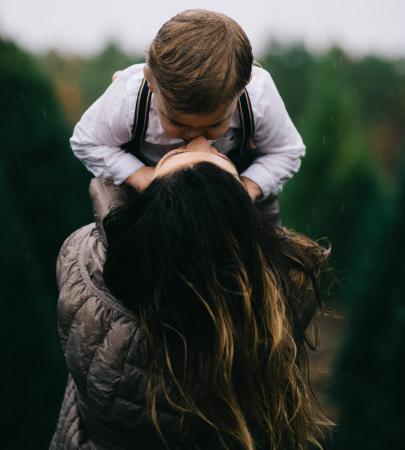 Baldness happens mostly because of the faulty genes present on the chromosomes which people inherit from their parents. Some studies show that 80-98% of baldness is genetic which is called as Male Pattern Baldness or Androgenetic Alopecia.  It is caused by a combo of genes and male sex hormones.

As the hormone responsible for baldness is Androgen hormones-the testosterone which is basically a male sex hormone and the scientific term for baldness is Alopecia that’s why it is named as Androgenetic Alopecia. It can begin as early as age 20 and by the age of 35, approximately two-thirds of men will experience some degree of hair loss and by the age of 50, 85 per cent of men have significantly thinning hair.

It can affect both men and women. In men, the baldness can include thinning hair, a receding hair line from the front to the back and finally hair loss progression in an M pattern, or gradual hair loss from the crown of the head resulting in eventual development of a horseshoe-shaped pattern in the remaining hair on the scalp. But if any woman has Androgenetic Alopecia, she typically will not lose her front hairline. In women genetic baldness occurs when she reaches menopause, as the levels of the female sex hormone estrogen drops, and the testosterone (hormone responsible for androgenic alopecia) which they always had in their bodies, starts to have more effect. This can lead to thinner hair growth for women that begins at the crown of her head, but it’s more equally distributed, rather than in a receding hairline as in men. Unlike men, women with inherited baldness do not usually go completely bald.

Many people believe that the baldness gene is passed down from the mother’s side. While it’s true that a key gene for baldness is due to the X chromosome and the male pattern baldness is considered as recessive Sex-linked trait. So men can inherit it only from their mother because of the X-chromosome.

Because, males only have one X chromosome, they have a much greater chance of having male pattern baldness but females would have to be homozygous recessive in order to have male pattern baldness and is only possible when their mother and father both have baldness gene. Both men and women can inherit the "hair loss gene" amongst other hair characteristics that make hair loss appear more significant.

So men lose their hair because women carry the gene and men inherit it. It appears to be derived from the genetic makeup of our mother’s father.  But it is not the only genetic factor in play because men with bald fathers have an increased chance of going bald when compared to men whose fathers have a full set of hair. So it indicates that other factors are also in play because if male pattern baldness is only considered as X-linked trait then men can inherit it only from their mothers because they get X-chromosome from them.

It is recorded that men who are suffering from male pattern baldness have high amounts of the enzyme 5-alpha reductase than people with normal hair.  Actually this enzyme in hair follicle is responsible for converting the male sex hormone -testosterone into the form dihydrotestosterone (DHT), in both males and females. The 5 alpha-dihydrotestosterone (DHT) binds to a specific androgen receptor to form a complex that can regulate gene expression. This AR gene which is located on X- Chromosome helps determine how your hair follicles respond to the presence of a  DHT hormone. Thus testosterone is metabolized to DHT by the enzyme 5 alpha-reductase. DHT is known to bind to hair follicles, thereby inhibiting  their growth, makes hair shorter and thinner by altering the size of your hair follicles and decreases the viability of your hair strands and finally leading to hair loss over time.

Thus inherited baldness is substantially determined by the actions of a gene called the AR gene, Individuals with certain changes in their AR genes have an increased susceptibility to DHT's damaging effects.

Other gene which may be associated with Male Pattern Baldness-

Baldness may also be influenced by other genes, some of which could come from fathers. However it is absolutely true that the most influential hair loss gene is carried on the X chromosome, which a male would only get from his mother, and which could have been passed on by her father. But there are actually several genes that have been found to cause hair loss, because men with bald fathers have an increased chance of going bald when compared to men whose fathers have a full set of hair and men with bald father and normal mother (no family history of baldness) are still at risk of having that paternal pattern.These conditions indicate that other genes may also be involved, which are independent of the parents' sex. So hair loss could be a father-son inheritance, too.

Some new researches have figured out a small region on chromosome 20 called 20p11 as being associated with balding. Scientists don't know how this DNA is involved or even what part is involved. All they know is that people who are bald tend to have a certain version of 20p11. This sort of information could explain people who are bald even though their mom's dad still has a full head of hair. Once researchers figure out how chromosome 20 is involved in balding, Then it become easy for doctors to treat the baldness which occurs due to faulty gene present on chromosome 20

When the researchers studied the AR gene present on X-chromosome, they found that balding men often had a different version than men who kept their hair. So they were able to finally find the treatment.

Hopefully the new studies will find out why chromosome 20 is involved in balding too. Then we will have a more complete story of baldness. And may be new treatments too.

Despite this research, hair loss has a number of other mitigating factors that affect how it progresses. Age is one major factor affecting hair loss as well as other non-genetic factors like stress also play an important role in baldness. A man's chance of hair loss increases to about half when he passes the age of 50.

Thus baldness, like most traits, is also controlled by genes or other chromosomes that can be inherited from the father or the mother.

So if you’ve been blaming your mother for that rapidly receding hairline, stop it.

Instead, reach out for professional help, remember a consultation with Dr. Ashish Dutta is always free.